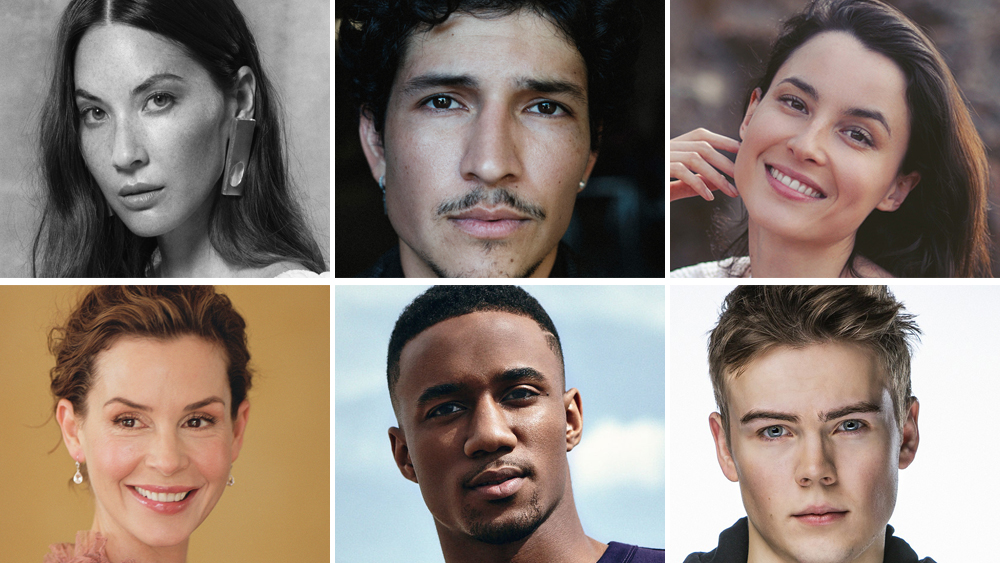 Each of the six one-hour standalone episodes will focus on both new and established characters set in the world of the original series. It’s set to premiere this summer on AMC and AMC+.

“Olivia, Danny, Loan, Embeth, Jessie and Gage are the latest massive talents that will bring new worlds of TWD to life with big, daring, different, emotional, shocking, scary, and crazy stories. We’re excited for them to come walk with us,” said Gimple.

Added Powell, “Somehow we have lucked into the greatest cast — Olivia, Jessie, Embeth, Danny, Loan, Gage… We’ve been hoping these episodes will feel like unique, little films and with this range of actors, we are well on our way.”

Munn most recently starred in indie drama Violet, written and directed by Justine Bateman. She also starred in Netflix romantic comedy Love, Wedding, Repeat and crime thriller The Gateway. Known for her role as Sloan Sabbith on Aaron Sorkin’s The Newsroom, her TV work also includes an arc on Fox’s New Girl and Showtime docuseries Years of Living Dangerously from James Cameron and Jerry Weintraub. She is repped by CAA and Atlas Artists.

Ramirez was most recently seen on television in the lead role of Joaquin Torres in The Falcon & The Winter Soldier. On the film side, he’ll next be seen in a starring role in Hulu suspense/thriller No Exit, produced by The Queens Gambit co-creator Scott Frank. He also stars opposite Tom Cruise in Paramount’s upcoming Top Gun: Maverick and in Netflix’s Plus/Minus opposite Lili Reinhart. He also just completed filming The Stars at Noon for director Clair Denis opposite Joe Alwyn and Margaret Qualley. Ramirez is repped by CAA, Anonymous Content and Hansen, Jacobson, Teller, Hoberman, Newman, Warren, Richman, Rush, Kaller & Gellman.

Chabanol starred in John Turturro’s comedy, Fading Gigolo, alongside Woody Allen and Turturro. She also appeared in Third Person, a romantic drama written and directed by Paul Haggis, and can also be seen in The Transporter Refueled, produced by Luc Besson. She is repped by Buchwald.

Usher can currently be seen in Seth Rogen and Evan Goldberg’s Amazon series The Boys. He’ll next be seen in Something’s Wrong with Rose for Paramount Players. He is repped by Zach Kaplan, Jessica DiBiase, Trey Cannon and Judith Usher.

Monroe recently wrapped a supporting role in the Netflix feature Luckiest Girl Alive opposite Mila Kunis. He can currently be seen in Universal’s Nobody opposite Bob Odenkirk. Munroe previously recurred in the Syfy series Dark Matter, Netflix’s Designated Survivor as well as Netflix’s Frontier. He is repped by Noble, Caplan, Abrams and Vault Entertainment.

‘This Is Not a War Story’: WarnerMedia OneFifty Buys Movie for HBO Max