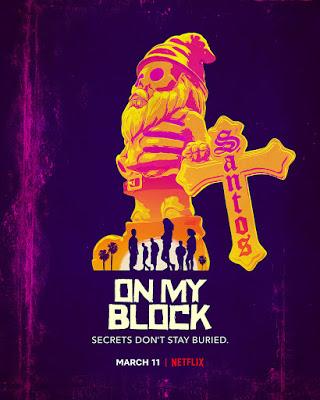 A coming-of-age story about four bright, street-savvy friends navigating their way through high school in the gritty inner city of South Central Los Angeles. Dealing with the danger of getting their friend out of a gang and friends turning into romance, danger is constant.

As the first day of high school approaches, Monse returns from writing camp to find that Ruby and Jamal are on the outs with Cesar.

On New Year’s Eve, Monse makes a promise that leaves Cesar at loose ends, Jamal keeps an eye on the money, and Ruby’s brother returns with a surprise.

Baby shower preparations bring out the worst in Ruby’s mom. Guilty consciences plague Mario and Cesar, and Jamal worries that the money may be cursed.